Hi. So we have KidsKnowBest CSO, Pete, Research Executive, Dan and me, Research Director, Rebecca, here today to discuss the bit that comes before child participation, how to understand what is meaningful to your audience. How do we make something meaningful? How do we find out what is meaningful to our audience to plan a meaningful child participation methodology? But to kick-off, what led everyone to work with children and young people?

Pure accident, I enjoyed it because of two things. One, the topic is cool. You’re working on games and toys and TV shows and stuff you loved as a child as well. So, if you’ve never really grown up, it’s nice to play in that space. But second, it’s the methods. In the world of traditional research methods, you tend to use surveys and focus groups, but with children, you just can’t get away with that. It’s important that you devise methods that children will actually engage with. I think that’s probably true of all people. I just didn’t realise until I started working with children that creating fun methods was a better way of getting good insights.

I think I was about 11 years old and I went to have my tonsils out, and I remember coming home, and I turned to my parents, and I said, “I’m going to be a paediatric surgeon.” That was my career plan. I went off to university. I went to medical school for a bit. I studied child psychology, child and adolescent mental health, and I quickly realised how much the digital world influences their cognitive development, general psychological development, and how instrumental it is in shaping their mental health and the people they go on to become. And then I found myself at KidsKnowBest about six months ago, coming from a completely different background. But yeah, it’s definitely been a journey from paediatric surgeon to here.

Since working with children and young people, has there been a conversation that stood out to you most?

I had conversations prior to KidsKnowBest, when I was working in mental health that definitely shaped how I viewed children’s voices and how being able to give them the ability to speak up and have a say in their own lives is so important. What about you, Rebecca?

I was always surprised at how articulate children are about what they want.

I totally agree, Rebecca. When I started talking to children, I was shocked by how articulate they are. There are two conversations I can recall that are linked. I was building a model on emotional scheduling and looking at how fans were built on YouTube, and we spoke to this child in the UK who told us how he took his tablet to his mum and dad’s bedroom because it’s a quiet space in the house at 7 pm, and watched YouTube videos of gaming, long-form content because it was a chill-out space. It made me realise that, in this fragmented media world, children were finding their own spaces. Then I met a girl in the US who spoke about how she got stressed out at school sometimes, so when she came home, she put the duvet over her head, YouTube on her tablet, and watched her favourite influencer. And it was like having a coffee with a best friend, learning stuff, and talking about things. It was the idea that children were using media as a way of coping with life, and that was always interesting.

Then the other two stories are also linked to gaming. One was these three boys that came to the game studio and played Skyrim. They were cool children, like proper gamers, and two of them always played as males on Skyrim, but one always played as a female because the assets of the female character were nippy and nimble, which meant he could help the other two players who were strong. It was such a nice thing to hear children were starting to become more gender fluid with how they portrayed themselves and focusing more on personality traits. 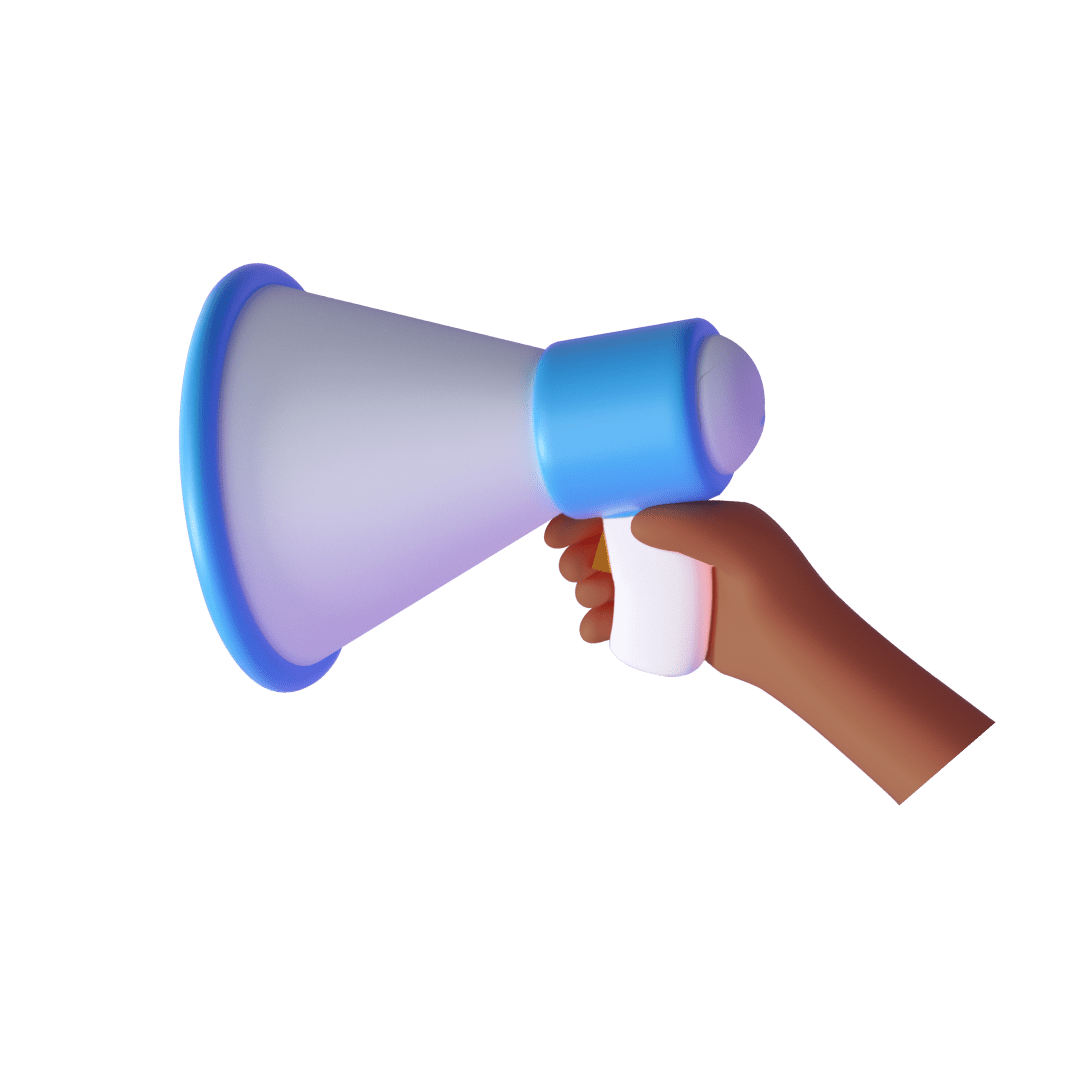 We can design methodologies for co-creation that are inclusive and engaging for children, but it can’t be meaningful overall if we aren’t asking them the questions that are important to them and questions that we (the business) can help answer. Before we design the approaches to child participation, there is real value in defining and refining the question to ensure the method is going to produce meaningful outcomes for both children and adults. The business may know why it is meaningful to them, but it is only meaningful if it is a question the audience feels needs answering too.

That’s the topic we’re talking about, and if I think back to some of those examples I gave, it really relied on being confident enough to get off the discussion guide because this child needs to be doing something else with us. That is part of working with children, have structure to help you get through the conversation and help you meet objectives, but let the child lead because they should get to talk about what they want to talk about. Then you’ll get the best insights.

So what is meaningful child participation from your perspective?

Be in their environment, in their rooms, at their sports club, at their schools, in their world. Not in your world. Be at their level, don’t stand above them and look down at them. If you want to know how the child plays, put the camera on the floor, because that’s where the child is. However, most importantly, just listen.

I think you pretty much hit the nail on the head there, Pete. You need to leave the idea that you’re the expert and that they’re the child at the door. When you go into a room to speak to children, they are the expert in that room. Try to think about how you can make an experience that’s going to be memorable for them, one that they’re going to enjoy, rather than it just being something that benefits you. These experiences can be meaningful for a business, but they can also be incredibly meaningful for the children.

What resonates with this is their thirst for knowledge, like the way Henry Jenkins talks about information hunter-gatherers, the way children are searching for information and questioning things. Children’s participation can provide another environment where children and adults are all learning from each other. When you get those moments, I feel like you also know it’s happening. Can you think of a moment when your approach to a project could have been more meaningful for the child?

All the time. Part of being a researcher is sometimes not meaningfully engaging with a child. It’s just getting through a project because there’s something very specific that you need to figure out, but that’s OK. We must answer questions. One thing I learned very early is not to overcomplicate things. You need to get to know the child or parent and make sure the method works for them.

I can think of an example where we asked a group of parents to teach their children how to do a simple activity. It came to light that the experience had been really meaningful and the children had spent quality time with their parents. We were oblivious to the fact that this was going to be a meaningful experience for the children and the parents that were involved until the very end of it. I think that’s something we could have thought about at the beginning and explored further or built upon. This really demonstrated the importance of reflecting on our sessions and learning from every experience we have. 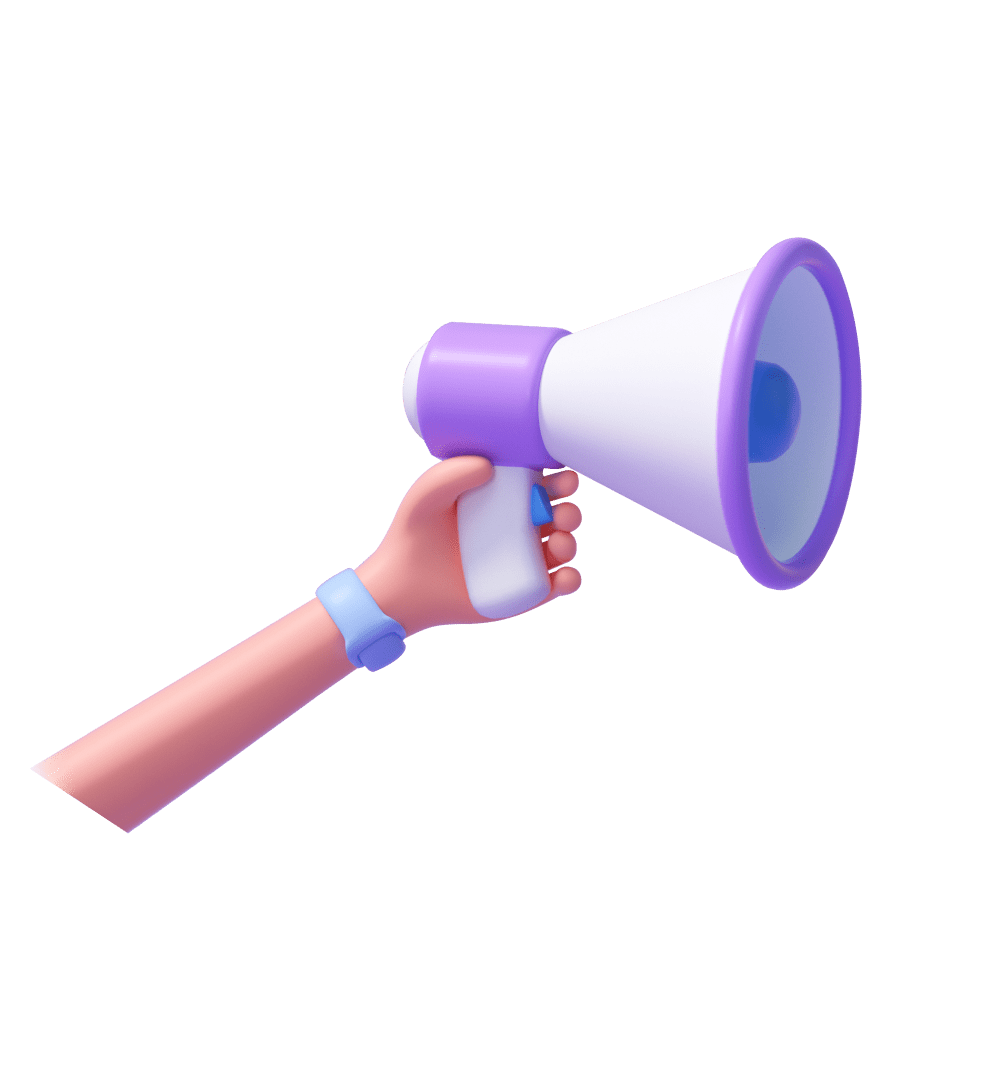 What can you do to understand what is meaningful to your audience before you write up your questions or objectives? It is important to address this before designing child participation methodologies, and there are many ways to do so.

So, how can someone understand what is meaningful to children in today’s society?

Don’t make every research project about an objective or a business goal. Actually invest money and time, or just time if you don’t have money, in immersing yourselves in their world and listening to how they talk about things and what’s interesting to them. Spend more time listening to the vernacular, the experiences they have. Rather than making the objective to build a product for them. If you don’t have a budget for research tools, in an ethical way, you can join parenting forums and groups. Or if you’re looking at older children, learn about the gaming platforms, like Roblox, Fortnite or Minecraft. Learn what players do in there, how they move around, how they build and design things, when they want to be creative, and when they just want to play.

Also public chat spaces like Discord, forums, or chat functions on sites are filled with opinions and conversations on the topics that are important to the audience. I was on a site on sustainability resources for children, and there was a discussion box where so many children were posting their thoughts and views. There was so much information about what they knew, who they thought should be acting, and who’s the responsibility was, and the type of language they used to speak about sustainability. There are a lot of places online where young people and children do feel comfortable sharing. 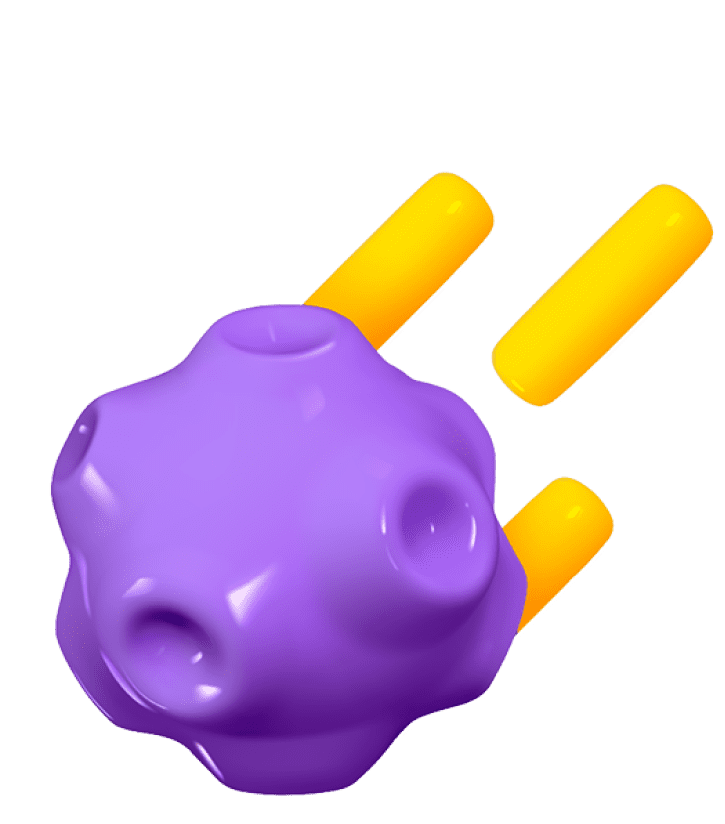 By observing and listening to your audience, meaningful participation can be achieved, but what outcomes does this produce? Apart from ensuring the children and young people have a fun, enjoyable, and safe experience, a meaningful session also produces more authentic and real insights that will influence more accurate business decisions.

We should be aiming for people to be interacting with each other and thinking about something together. And I don’t see why any method should not allow that, even with surveys. There are fun ways to do surveys now, and it’s just a case of even being clear about this survey. It is going to be 10 minutes long, parts are going to be boring, parts of it are going to be fun, but this is why we need it. For me, there are two things. One, be clear and upfront about what you’re doing and why you’re doing it so that they understand that. Two, try to get to a flow where there’s a two-way dialogue.

Dan, do you have anything to add?

What do we envision meaningful child participation to look like in the future? DAN: I’d like to see it as something that’s slightly more ingrained into children’s everyday lives, not an external call out. You can interact with children and young people in their world so making the best use of digital tools and spaces feels like a natural progression.

Research methods shouldn’t ask a child, or anyone, to step out of their world into the research world. However, the one caveat I’d put to that is just being fair. We’ve got to be so clear with what information we’re collecting and why we’re collecting it, how we’re collecting it, when that’s being turned off, especially when it comes to children. It has to be worth their time and effort to give it to us. So, I think one of the things that we should always be doing is feeding back. This is what your data allowed us to do. You can see this new product being designed. I think that, as we do more listening and embed more research tools into audiences’ lives, it is imperative to make sure that they are part of the process in an explicit way. I think that’s going to be the next big step in the world of research data, people understanding the information, the data they are providing, and the research and brand world understanding the value and paying for it as well.

Children and young people want to be part of that. 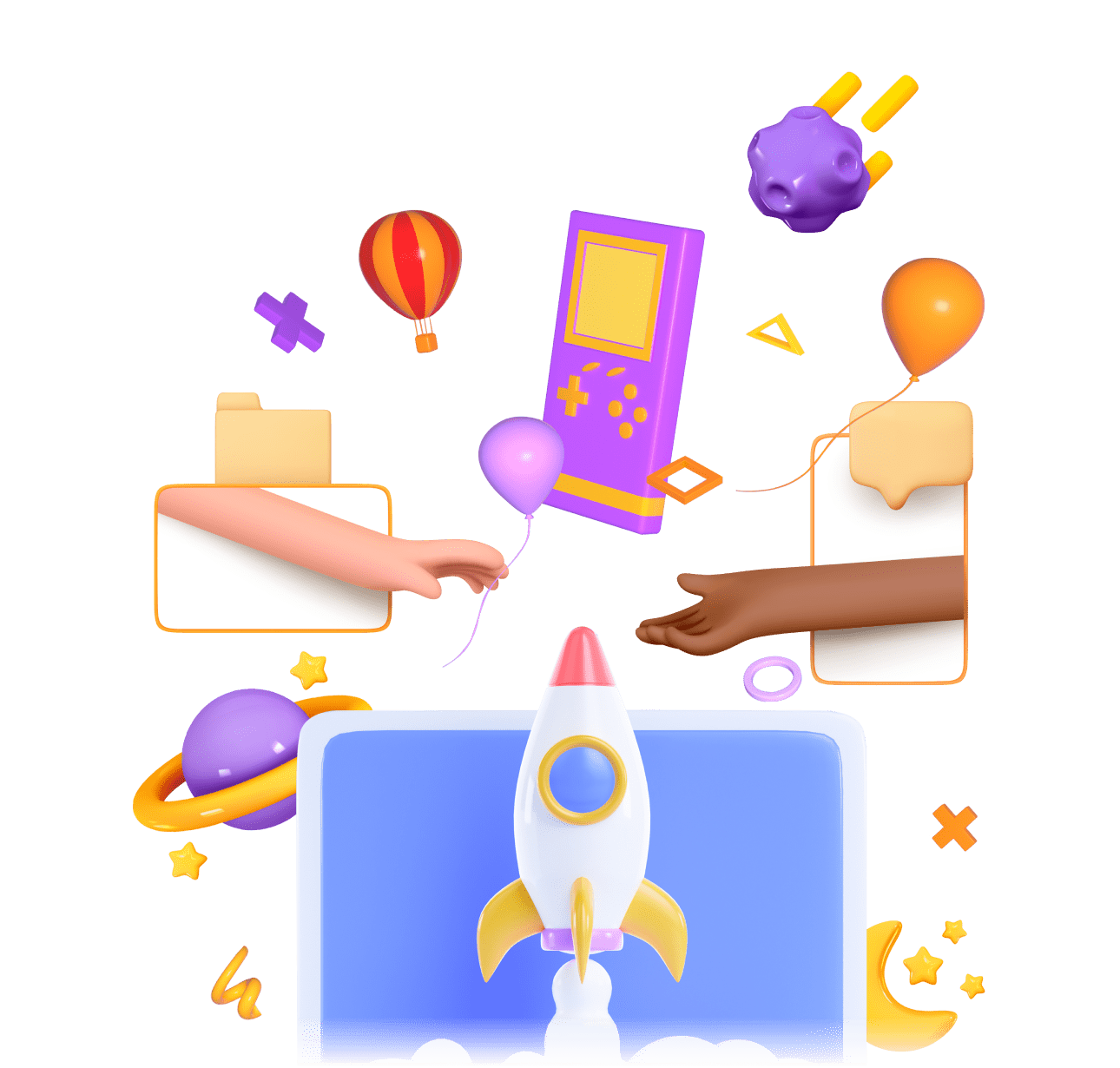